The Arbre de Joie network was officially founded in 1996 by Maylis Cazaumayou. It is a French-Romanian partnership, with the aim of creating social, cultural, economic and playful activities in Purcareni.

Located in the bend of the Carpathians, at 625 metres altitude, the village of Pucareni is in central east Romania, at 15 kms from Brasov, capital of the region. Purcareni in Romanian, Pürkerec in Hungarian, shelters 1430 inhabitants, of which 60% is Romanian and Orthodox and 40% Hungarian and Lutheran.

Originally, it was the “Opération Villages Roumain” (Romanian Villages Project) that led a strong action of pressure and of sponsorship in order to save thousands of villages from destruction, planned by the communist regime. Purcareni was sponsored by the French village Veyrier du Lac. Communication between the two villages was established in 1990, with the coming of a French delegation to Purkerec, Maylis being part of it. She fell in love with the country and she began to work on several projects with the young people of Purcareni and eventually they created Arbre de Joie.

Since, the network has developed its activities trying to bring an answer to the needs and demands.

Thus, over time, we have offered foreign language courses, animations for children and adults, we have organized trips and cultural exchanges, we have created a traditional dance group, a music workshop, a library, we have helped young people in their traineeship abroad, or in their “au pair” stay, we have launched a children’s sponsorship, we have welcomed artists for different workshops and we have developed rural tourism which is our main activity today.

To come to Purcareni by public transport

There are regular buses from Brasov departing from the ROMAN bus station. Lines 610 and 612.

From the train station, take bus no. 8 in the direction of Saturn (cross the main avenue in front of the station, bus stop on the left when you have your back to the station). Get off at the Saturn terminus. Cross the road, go behind the MacDonalds, the station is there.

From the city center take bus 34 towards Timis-Triaj and get off at the Carfil stop (after Lidl). Buses 610 and 612 stop at this stop. Same ticket as for city buses, valid for 40 minutes on several buses. Possibility to buy it at automatic cash desks.

Here is the link to see the timetables.

At Purcareni, get off in front of the school, green building on your right (Scoala Purcareni stop) and retrace your steps to find the association’s headquarters at n°509, opposite n°9. 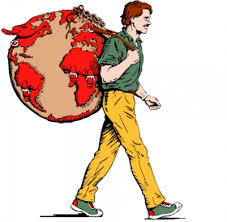 “Arbre de Joie (Tree of Joy) : in Purcareni, at 15km from Brasov. A lost village where unforgettable people live. Take the direction of Buzau until you reach Tarlungeni. At the exit, on your right, a secondary road. Just before Zizin, turn left. It is hard to find Purcareni, this little village located at the end of the road, at the edge of the natural reserve of Zizin. Tree of Joy is the network of the youth of the village, Romanians and Hungarians together. Some of them can accompany you to Brasov or to the environing mountains. Don’t miss it!“